Tune In: The Price is Right's Wedding Special 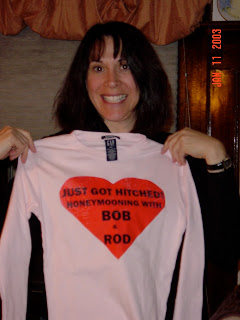 We grew up without cable so if we were home from school the highlight of the day was watching The Price is Right. My sister became so addicted to the show that before flying to Hawaii for her honeymoon she stopped in LA to try and get on the show.

She wore a shirt which read that she was a newlywed on her honeymoon and she got picked in the second round, won the initial prize, played Plinko and ended up winning the showcase showdown.  (This is the shirt I made with an iron on material and a computer.) 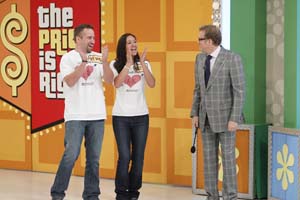 Today The Price is Right is airing a special episode for engaged couples to try and win up to a quarter million dollars in prizes. The show partnered with WeddingChannel.com and the prizes will range from wedding bands to honeymoons to cars and cash.


The wedding-themed episode will air at 11am ET/10am PT on CBS.