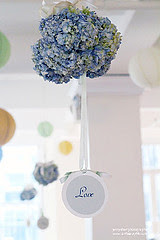 If you can believe it, after five years of married life I still don’t have a wedding album. It’s not anyone’s fault but my own. I just didn’t make it a priority after the wedding. I saw all my pictures, which I love, but once I saw them I sort of focused on our post-wedding life.

If you opted for a package deal with your photographer you will probably get your album by your first anniversary. If you chose an a la carte option of services, be careful you don’t fall into the trap that I did.

With an a la carte deal, you’re not locked into a specific album style or number of photographs, but then you must stay on top of the process and watch the dollar amount. Your photo budget can easily get blown by adding more and more photos to your album.

Once you get your proofs, or a CD of images, go through them with your fiancé and pick the ones you want for your album.  After you’ve picked the photos you want in your wedding album, and the ones you want framed, ask both sets of parents to select pictures for their own albums.

The photo above was taken by Jenny Ebert. Jenny is based in New York City, but can travel to any location around the world.